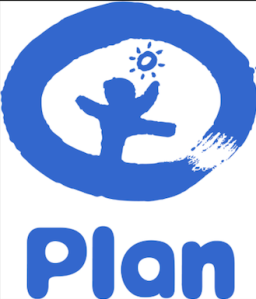 I meet my patient, and think to myself, death by a thousand cuts.  Incremental loss of mobility, independence, then slowly parts and pieces of his body, appendages removed, organs no longer functioning and blood vessels filled with sludge.  I am not the one to judge what he considers quality of life, but I am appalled at his medical chart.  It reads more like a medical dictionary than a story of someone’s health deterioration: so many terms, so many diseases, so many medications.  In the midst of his disintegrating health, and very recent hospitalizations, there has not been one thought to complete an advanced directive or a POLST form; I know this because he tells me so.  Without a choice about his code status, he remains full resuscitation should one of his poorly functioning body systems stop working. So while we are talking about his sadness and the losses in only 50 years of life, I ask the question, “Have you thought about how you want things to happen, as your health continues to worsen?”  No, he actually hadn’t thought about the end of his life, even in the midst of several years of such tenuous health with chronic disease, in and out of the hospital.  And no one had thought to mention, though he’d only lived 50 years, with his steadily advancing multi organ failure he may not have one more.  So we had the conversation.

My patient may continue to die ever so slowly, but thoughtful consideration of what comes next might avoid continued chipping away at any quality of life he has left, and he might have a chance to die on his own terms.  And hopefully, he gets to decide for himself how much and just what he would want done.

Some proponents of palliative care want less focus on these conversations and more focus on palliating symptoms, and providing a quality of life focus…“living not dying”.   While we’re at it, let’s call it “supportive care”, instead of “palliative care” to disassociate with hospice and dying.   I had a palliative care physician tell me that the chaplains are used to explaining advanced directives “to lend a softer approach and make the discussion more palatable”.   (After all, we nurses who have seen futile attempts at resuscitation and the catastrophic results of heroic treatments during advanced illness might be biased and somewhat graphic.)

The conversation doesn’t need to wait until a crisis occurs, and a palliative care team meets up with a chronically ill and dying patient or the family in the ICU.  I say this is TOO LATE.   In fact, the conversation should happen long before, while a person is cognitively able to direct their own care.  It isn’t age or disease related, but should be woven into life as a common thread, since we die at all ages and in many circumstances.

It’s simply making a plan. “Simply”, you might say, does not seem possible in our age of medical technology.  This week I planned a vacation, to spend time with distant family later next month.  We plan for births.  We plan for education.  We plan for careers.  We plan for choosing our life partners.  We plan for living arrangements.  We plan our financial decisions.  WHY should we wait to plan what we would like to complete our dying in this life?  Someone will have to decide how much or how little medical intervention attempts to prevent the final act.  But the inevitability is universal.   Let’s hope the determination is made by whose life and death it is, anyway.