EVERY BREATH YOU TAKE 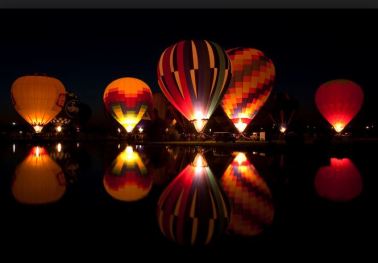 The phrase, “as simple as the air we breathe”, runs through my mind when I see Dennis, with his ribs and lungs moving with great effort, each labored breath a testimony to his will to survive. Makes we wonder, how often most of us consider the air that flows in and out, seemingly without volition, as every little alveoli fills with oxygen? The anatomical picture where this miracle takes place looks like a stem of broccoli; the air sacs where oxygen exchange occurs are the rubber bands in the respiratory system that stretch with expansion and exhalation so many times a minute, while no one seems to be counting…

Except perhaps Dennis and I. He has become more and more like the Holocaust photographs of thinly stretched skin over rib cage. The athletic prowess he maintained for many years has shriveled with the loss of muscle mass. Now he is aware of each time his chest rises, as he tries very methodically to slowly breathe and think about all those cavities filling with the priceless gift of oxygen, and visualize a healthy broccoli tree.
It is something taught in mindfulness, becoming aware of your breath, paying attention, focusing all that you are in the present moment.

For Dennis, life has been whittled down to this. The simplicity of breathing has evolved into the utmost effort and also the total awareness of each rise and fall. Morphine, that amazing drug that gets the bad rap in our society for being the thing that “made them die”, (though it’s been used over two centuries to reduce pain and breathlessness), is a standard treatment in hospice care. Dennis, like so many people, was hesitant to use morphine to help with his breathing, but now gets huge relief from routine doses, while his diseased lungs are still pumping in that “simple” act of breathing.

As with so many of my patients, I am awed by the strength of the human spirit…how does laughter play in this house… and you, my reader, might find the thought almost irreverent? But it does, as Dennis tells a ridiculous joke; he, his mother and I spontaneously chortle. It’s something Dennis can still do, make us laugh, and it gives him pleasure. His mother smiles and says, “He was always a jokester”.

Nothing is as simple as it appears. Breathing is much more than we know, and goes unrealized until the automation is stripped away, and the awareness of every breath is what defines us. Maybe this is Dennis’s gift to me, to be mindful of the breath, of the air, of the simple things that demand to be noticed. To be thankful for each breath.

2 Responses to EVERY BREATH YOU TAKE