THE TRUTH ABOUT DWD 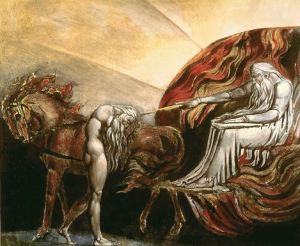 “Thou shalt not kill” in Hebrew means “thou shall not murder”.  Perhaps it seems a moot point, but there is a difference between the two English words. Thou shalt not shed innocent blood unlawfully, via murder, destruction and ruin….an act done to someone certainly not by their choice.

I attended a talk last week with a renowned hospice and palliative care spokesperson, He discussed the things that doctors do not ever become a part of; killing is certainly not a part of the Hippocratic Oath.  First, do no harm.  This person is an antagonist to the physician assisted suicide legislation, and although his talk was entitled Mortality, Morality, and the Meaning of Life, he made a point of circulating a published handout of his written opinion about the Death with Dignity law in Oregon and Washington.  In the local paper’s description of him, we
are told he is “now one of the leading proponents of compassionate end-of-life care in the United States….and a consistent advocate for the rights of dying patients and their families”.

During the discussion post talk, a number of questions were posed regarding his opinions expressed about “physician assisted suicide”.  I have heard these same comments from others before and would like to clarify a number of statements that are actually not according to practice or law both in Oregon and Washington.

Firstly, he mentioned a doctor should not be present and assisting a person to end their life just as they should not be present and involved in capital punishment; nor should a physician partake in torture.  Let’s clarify:  A physician is not present during a patient’s use of the death with dignity medications.  Secondly, a physician validates that a patient is cognizant of his actions and able to make
the decision regarding their own wishes.  This is the patient’s decision to commit an act, autonomously, not something done to them (as in punishment by death or another person torturing someone).

It is ethically and morally wrong to equate physician assisted suicide with capital punishment or torture, or murder.  To my knowledge and according to the law in both Oregon and Washington, a person is evaluated for competency and terminal disease by two physicians, and one of them writes a prescription for the
medications.  This is the measure of “involvement” by a physician.

PHYSICIAN ASSISTED SUICIDE IN THE STATES OF OREGON AND WASHINGTON IS NOT A PHYSICIAN ADMINISTERING MEDICATIONS TO A PATIENT.  NOR IS IT SOMETHING DONE TO A PATIENT. It is the recognized right for a dying patient to obtain the medications necessary to choose the time and place that they take their last breaths.  The process of taking the medications, and the decision to end one’s life perhaps days or weeks before “nature takes its’ course” is fully and totally the patient’s decision.

In an era of providing people empowerment and the right to self-determine, I am surprised that physicians still desire to play God and decide what information is shared with a patient and family, how options are presented, and whether or not a patient’s right to choose the timing of their death is up to them.  As a nurse who has cared for hundreds of dying people including those who chose the Death with
Dignity option, I hope that all my patients are given the power to choose how
they live their life, and how they choose to end it.

MS, RN, CHPN
View all posts by Amy Getter →
This entry was posted in end of life care, who died and made you god and tagged death on your terms, death with dignity, end of life. Bookmark the permalink.

1 Response to THE TRUTH ABOUT DWD