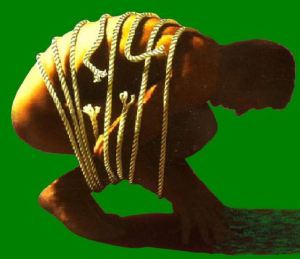 I was jokingly told this quote last week: “Man is the head…..but woman is the neck and she can turn the head anyway she wants.”*

For Bob, this is no joke, but his daily reality: his wife moves his head for him now that his neck muscles no longer provide support and lack the innervation to make movement possible. His emaciated reptilian body still moves, out of sheer will power, and I continue to be amazed that he remains upright.

Bob had said repeatedly when the time came and he was unable to be up and about that he would want to be “done”.  This time is fast approaching, and he knows it.

He had talked with his doctor about Death with Dignity, thinking that was the route he would take.  His doctor (being opposed to DWD) had said it wouldn’t work for him, since by the time he would want to use it he would not be able to self-administer the drug, and “we could sedate him when the end came”.

This morning he wished he had completed the DWD process, but now there’s not enough time left.  I don’t think his doctor realized the space between “now” and dying, and what that would look like, or feel like, for Bob.

As I read his written notes, the pouring out a soul in anguish, and watched his bony frame barely able to coordinate the motions of ambulating, the word travail came to mind…the deep primal groaning of a woman suffering in labor.

I wish his doctor was here. I wish the opinions of others weren’t so freely shared.
I wish judgment was withheld more.  I wish acceptance was offered freely and frequently.  I wish a new body was available for him.  I wish that all suffering was ended.

“For we know that every creature groaneth and travaileth in pain, even till now.”    (Rom 8:22, The Bible)

*from My Big Fat Greek Wedding